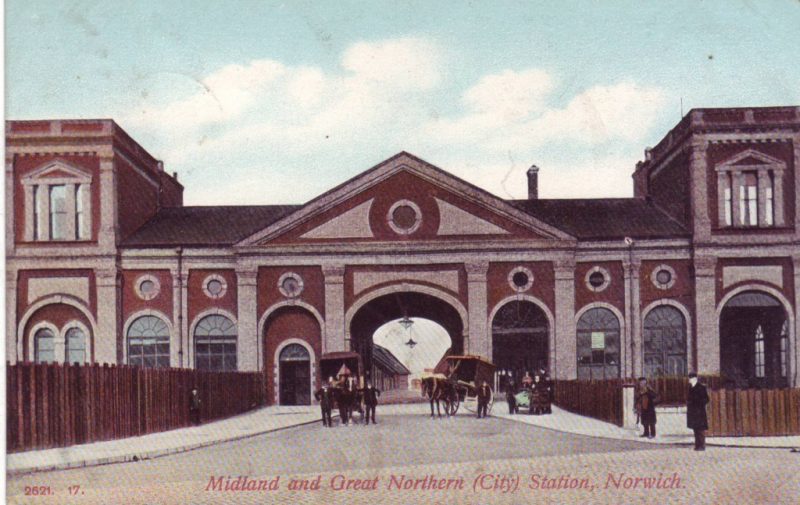 Some of this info comes from wikipedia and some from other sources.

Norwich used to have 3 stations.

Norwich City which stood where today’s roundabout is situated on the Inner link road A147 which links Barn Road with St Crispins Road close to Anglia Square.

The station was opened in 1882 by the Lynn and Fakenham Railway, and later became the southern terminus of the Midland and Great Northern Joint Railway (MG&N) line from Melton Constable. The station became well-used, with services to Cromer and through-carriages to a range of destinations including Peterborough and Leicester.

The station was badly bombed in the Baedeker raids of 1942 when the main building was largely destroyed and thereafter the station operated from “temporary” buildings constructed on the site. It was closed to passengers on 2 March 1959 along with most of the Midland & Great Northern system. The Main Line of the Midland and Great Northern Joint Railway was closed, on economic grounds. Essential maintenance work was considered too much to be justified. This pre-dated the Beeching Axe of 1962.

The station remained in use for goods traffic until 1969.

Here is an old map I have overlayed onto a current google map to get a rough idea of where it was. 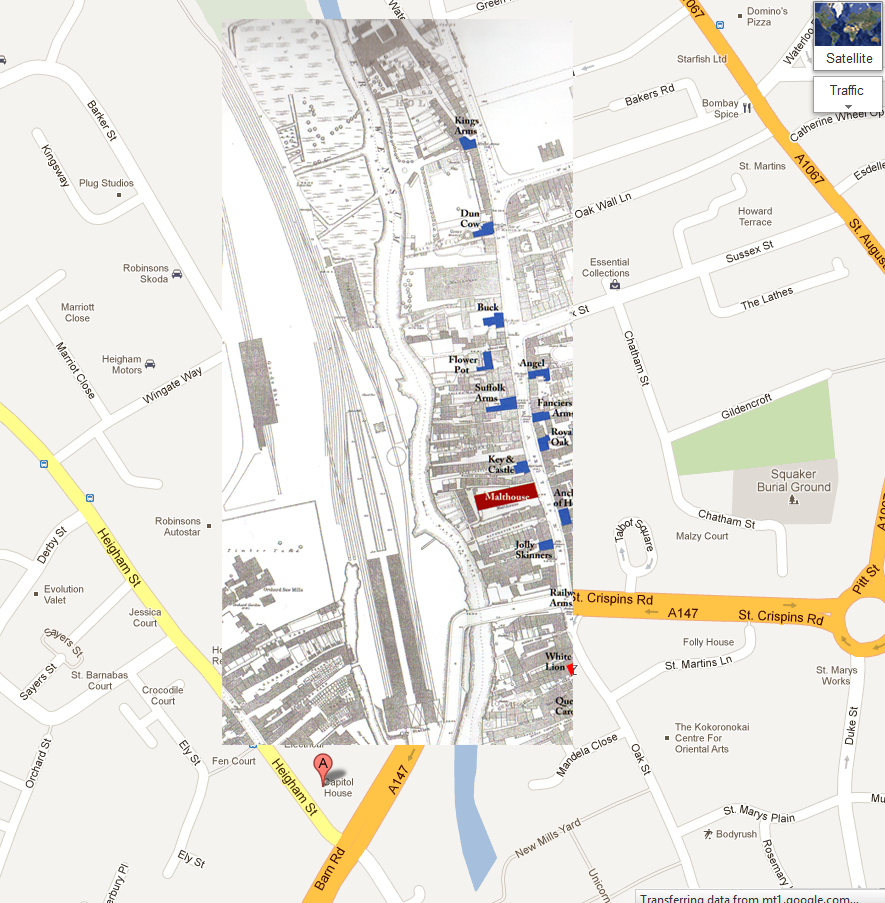 There are a group of people who have been excvating/ investigating the area near Halfords at the start of Marriotts Way. They have been uncovering what is left of the old City Station platform. There is a flickr group with lots of old photos, current photos and ghost photos where they have mixed the past with the present. Click the image below to view the group.

Norwich Victoria was the former terminus of the Great Eastern Main Line. It was opened in 1849. It was the terminus for certain passenger services from the London direction until 1916 as well as a goods station until demolition in the 1970s. The coal depot site is now occupied by a Sainsbury’s Queens Road store. The buildings disappeared long ago and the trackbed has been converted into a footpath known as Lakenham Way for use by pedestrians and cyclists.

Here is an old map I have overlayed onto a current google map to get a rough idea of where it was. 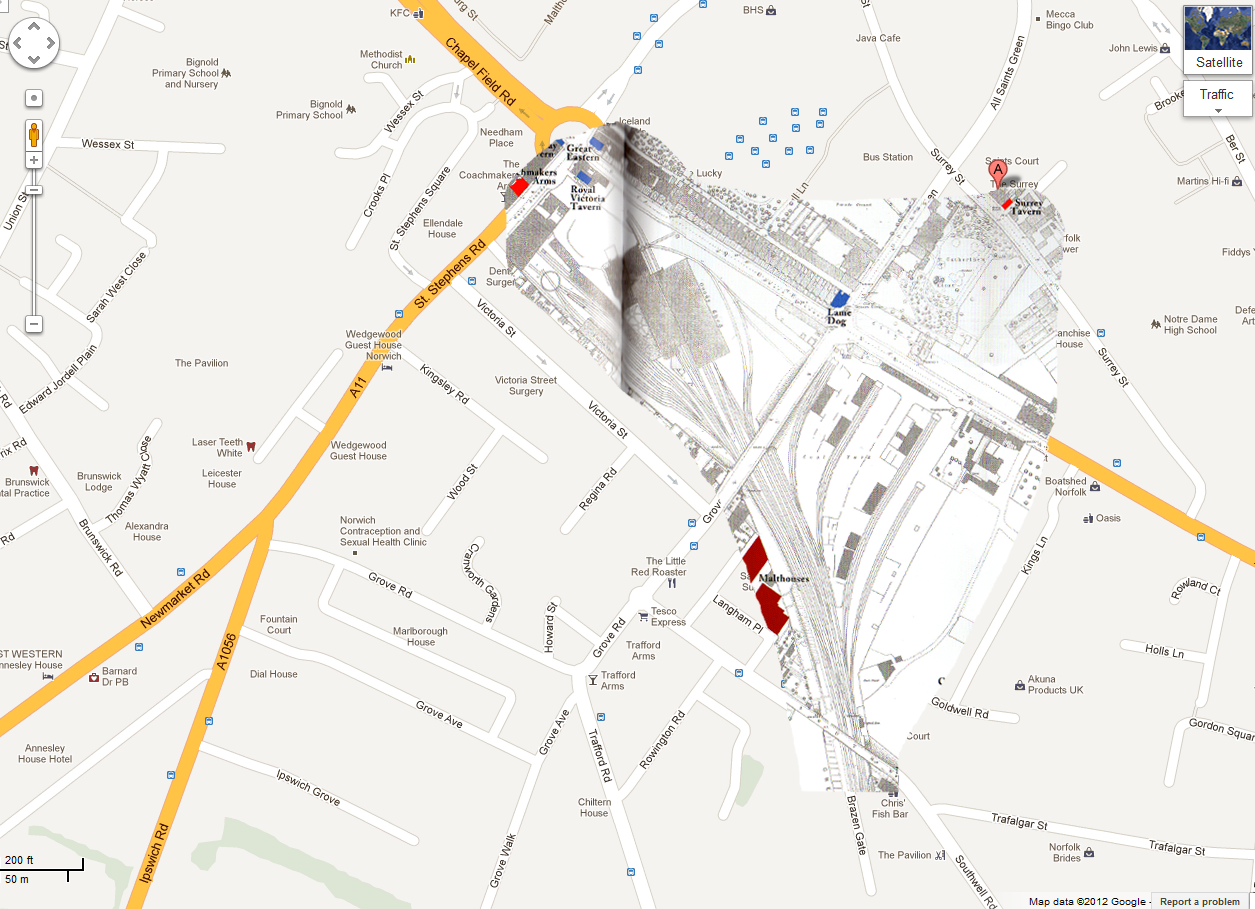 I purchased an old ‘Easyfind’ street map off eBay last week. There is no date on it but we worked out its got to be around 1950ish. All three stations are still on it. The city college isn’t shown which was built around 1952. Anyway I scanned the map in stages and pieced it together in photoshop so its not perfect. Also the whole file is massive but if you want to check it out you can here. (right click and save link). (not being hosted anymore). 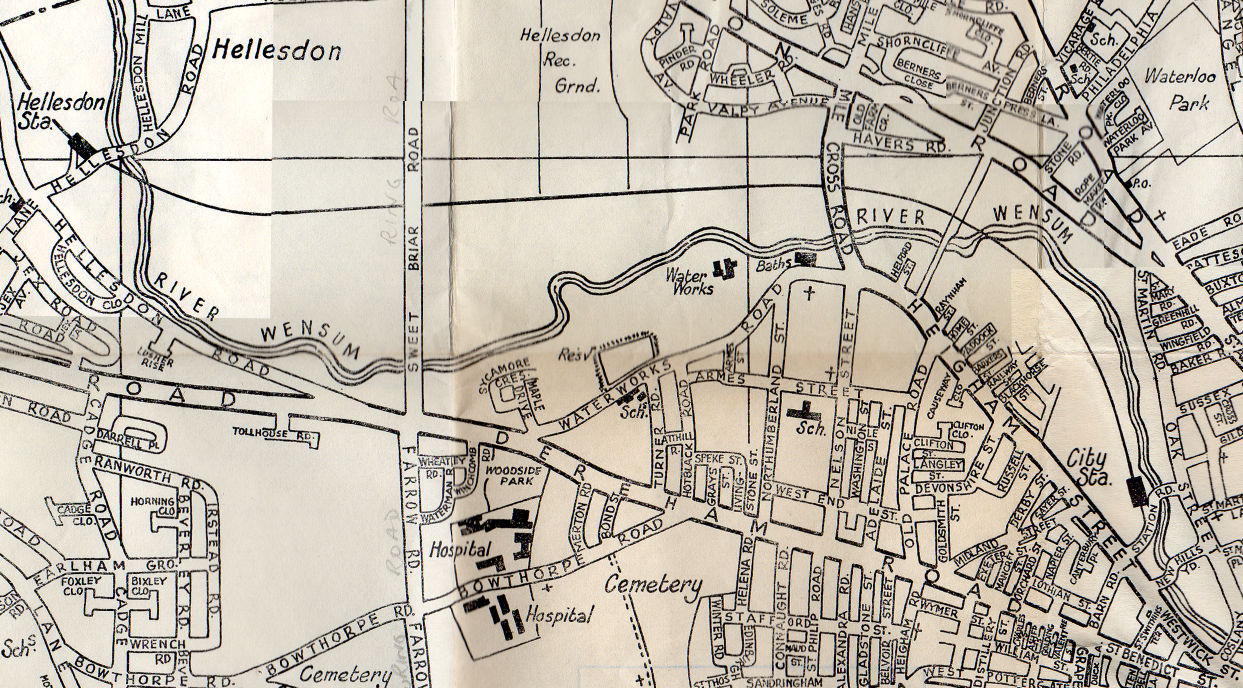 The map below shows Victoria and Thorpe stations and where the lines branch off to the stations. 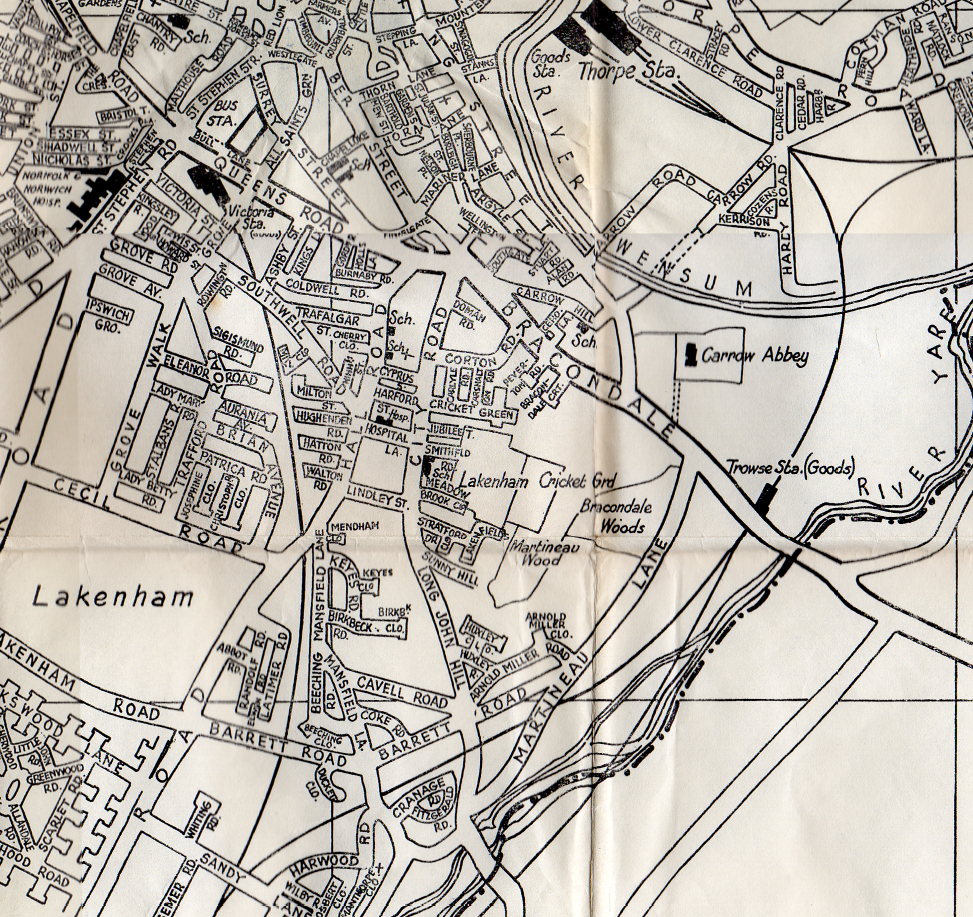